Teaching You What School Does Not

Nicole Conn’s new screenplay Nesting Doll is partly inspired by her own life and in particular the love she has for her own little man the subject of her multiple award winning documentary about her premature son Nicholas, born 100 days early and weighing just one pound.

little man went on to be acknowledged in three separate “TOP TEN FILM OF THE YEAR” lists before Showtime picked up the powerful true story for a seven year run on their network not to mention the Showtime led Emmy campaign for the heart-wrenching film.
All in all, a remarkable achievement when taking into consideration women are not just under-represented but also misrepresented in media. Not surprisingly, in 2012 women comprised a small 18% of all directors, executive producers, producers, writers, cinematographers, and editors working on the top 250 domestic grossing films. A mere increase of two percentage points from 2010 and one percentage point from 1998.  Also, women accounted for just 9% of directors working on the top 250 films in 2012, an increase in four percentage points from 2011 and with no increase at all from women directors working in 1998.

“When you have women behind the scenes in power you see more women on screen, and that’s why this discussion is so important. – Melissa Silverstein (Founder/Editor Women & Hollywood)

Conn is committed to the fight to turn these statistics ‘on their head’.  Her multiple award winning films “Claire of The Moon”, “Elena Undone” and “A Perfect Ending” have garnered thousands of loyal fans with one supporter in particular opening a remarkable opportunity for the writer/director.

Australian registered nurse Chakinta (Linda) Jones had recently lost her partner of many years to breast cancer and felt compelled to contact Conn to talk about the future of women in film.  Reality hit home for the Australian prompting her to make an incredible ‘donation’ to the writer/director.  Chakinta has since prepared legal documentation awarding a percentage of her estate to the writer/director upon the Australian’s passing. Conversations between Conn and the #1 Nesting Doll donor have continued for months before a decision was made to create a Legacy Fund in both of their names affording Nicole the freedom to take her work into the mainstream.

Making movies about strong women for the general public has always been this writer/directors’ dream. Conn was able to reach a broad audience through the Marriage Equality PSA, “She4Me”, which she conceptualized from Jen Foster’s famous love ballad, “She”. Reveling in the success of the million time viewed mainstream marketed viral video, Conn is even more inspired to make her first feature film targeting that same audience.
Nesting Doll is a story within a story within a story and orbits around a most utterly compelling myriad of love, pain and anguish that we know to be the mother/daughter relationship. It’s about four strong women who find the answers and unconditional love they have each been looking for through the ubiquitous eyes of a pure, innocent and extraordinary young ‘teacher’. The film also tells the one love story Conn has personally wanted to create: both on celluloid and in real life since Nicholas’ birth.

Says Conn, “My long term vision is to Act As If.  I’m making this film as if it’s ten years in the future when a film like this will be marketed as a movie about four strong women who find their truth through the pure and unconditional love of a wheelchair bound nine year old boy.”

Conn is honored and humbled by what Chakinta wants to bestow as her legacy. We aim to market the Chakinta Conn Film Legacy fund with the hopes of generating much needed revenue to enable Nicole to continue to write and direct powerful and compelling real life stories about women for mainstream release.

The fund will also house the generous monthly donations Nicole receives from her amazing fans who watch her films not once or twice, but ten, twenty and sometimes even 50+ times over! Nicole’s fans are mesmerized by how she flawlessly captures the absolute truth in the challenges women face in everyday life, whether falling in love or having a premature infant.
Says Conn, “This movie is the penultimate story of one of life’s heartbreakingly complex relationships that I can’t wait to tell!”

But she can’t do it alone. We need your help. Please follow @NestingDollFilm @NicoleConn and @MelkePR on twitter and like the Nesting Doll Facebook page. If you would like to help us in a bigger way, please join NCFF (Nicole Conn Film Family) by emailing NCFF@NicoleConn.com to become a part of our global fundraising and marketing team to take Nesting Doll to the general public.


Nicole Conn – Writer/Director/Producer
Multiple award-winning writer/director Nicole Conn has been a die-hard romantic and black and white film aficionado from the age of seven. Once referred to as “The Frank Capra of the 90s” by the Austin Daily News, this writer director has been celebrated and awarded many times over for her work, her dedication and her unique storytelling abilities.
Conn, known for writing and directing smart female focused films has the innate ability to transform the way women perceive themselves upon viewing her “no one makes a love story like Nicole Conn” films.

She is celebrated for her writing of unique characters and compelling storylines and has amassed an adoring global fan base. Known as an “actor’s director, Conn goes to great pains to “find the two needles in the haystack”.  Her impeccable casting ensures moviegoers are enamored by the palpable chemistry between her leads.
Says Conn, “I have received thousands of letters from women who were moved by  “Elena Undone” and “A Perfect Ending”. Many went on to say how they felt personally connected, because it seemed like the movies were made just for them and it was THEIR life story up on the screen!”

More recently, Melke produced SHE4ME the Marriage Equality PSA viral video, directed by Nicole Conn, with over 1 million views on You Tube. Possessing a solid understanding of the power of product placement and the corporate dollar, Melke has a unique perspective when it comes to product elevation that brings many brands together into one promotion, targeting the same demographic, and then utilizes each brand’s data base to achieve cross promotion of the collective message.  The undeniable benefit in this approach is, the directive is heard by millions in comparison to tens of thousands.

Dean Andre – Producer
Dean is an accomplished musical director, Recording Artist, Producer, Sound Designer and Composer.  He has created musical scores for hundreds of movies, television shows and records, and his talent and awards distinguish him as a legend in the music and audio industries.  Andre has received two Emmy nominations for his compositions. His Scores and featured music were delivered to Filmation Studios.

Steve Tyler- Producer
Tyler can be seen in “King Pin”, “Something About Mary”, “Me, Myself & Irene”, “Shallow Hal”, “Dumb & Dumber” and “The Three Stooges’. Other film roles include “Boy’s Life 3”, written and directed by Jason Gould, and “A River Made to Drown In” – starring Richard Chamberlin and Michael Imperioli. In 2000, he starred as Matthew Haines in “The Journey of Jared Price” a coming-of-age film- written, produced and directed by Academy Award winner Dustin Lance Black (Milk).

Tyler was the national spokesman for Big Brothers of America for 5 years and spent 22 years as the national spokesman for Jewish Big Brothers of America. A tireless advocate, volunteer and fundraiser for at -risk youth, animal welfare causes and LGBT issues, Tyler was appointed to the California Council for the Humanities. Using his status as an established actor/activist, with over 40 theatrical productions to his credit, he has produced theatrical fundraisers that include: “Ellen DeGeneres LIVE In Concert”, “The Ellen DeGeneres Show” benefit and Star-studded staged readings of “Boys in the Band” and “Valley of the Dolls”.

Tyler’s personal philanthropy and record-setting fundraising efforts have made him one of the top fundraisers in Los Angeles and the State of California. He proudly champions causes that support equality and human rights. 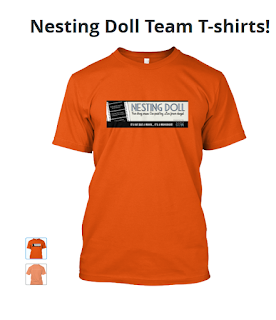 Posted by LVH Productions at 9:12 AM

Translate Into ANY Language